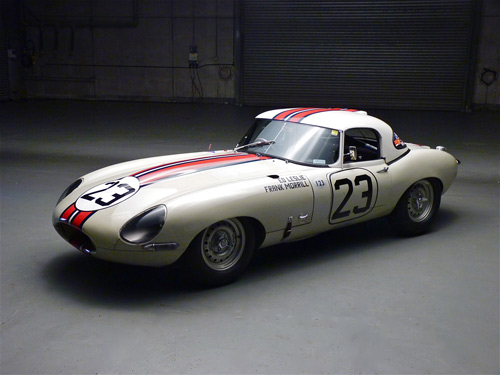 Genuine Lightweight E-Type. Somebody found it lying around in a garage, left hidden under a pile of empty boxes for decades. The previous owner’s original racing helmet was still on the bonnet, too. Seen here after restoration at my TV ad and photo shoot, this classic is now reported to be worth over £20m…

My biggest challenge to date was my most recent. I was the creative producer on a series of TV ads and photo shoot for my client, a leading UK classic car restorer. Luxury marketing. 14 bodies milling about. 12 thirty-second ads. 12 (obscenely) expensive cars. Two days filming plus half-a-day building the set. One vast space.

All on my lonesome, I art directed both shoots simultaneously as well as worked as the creative producer on the project, juggling cars between the film set and the photographer’s corner (madness, I know…). But I delivered the job on-time and on-budget.

The most successful failure? I was the writer, art director and project lead producing the print and new media presentation for a new consortium’s response to an invitation to tender, to win the London Development Agency’s Technology Gateway contract – a managed workspace and network involving business support and mentoring for London-based ICT start-ups.

Worth £3m over three years, the invitation drew 138 initial expressions of interest. LDA’s decision-makers described our pitch as “undoubtedly the best, most well-presented presentation.” After weeks of work, we did a lovely job. Frustratingly though we came second, because someone in the LDA didn’t quite have the gumption to pick the best bid if they weren’t one of the big four consultancies…

The sneakiest surprise? That was the time I was pulled in as a writer and creative producer for a small London/Essex agency on their pitch to produce BT’s product manuals. The brief complained the phones were being returned with little wrong with them. Reasoning it was the manual, BT asked several agencies to indicate how they’d reproduce it.

The agency needed someone to lead a team of four, someone who could get to grips with BT’s phone-book-sized brand guidelines in the time available and help them deliver finished visuals on brand. So I wrote the first chapter of manual and an accompanying report, as well as art directed to BT’s corporate guidelines.

As it turned out, the entire exercise was a ruse. BT weren’t looking to fix a suspect manual, they were looking to build a roster of agencies to produce their product manuals. Over 40 of the UK’s best agencies nationwide accepted the challenge unaware of what was at stake.

And the outcome? My David-of-a-client was accepted on a roster of four, winning joint second place with corp ID Goliath, Wolff Olins, creator of BT’s logo…